Diffusion 101: The Basics of Diffusing

The lighting department has to put a lot of thought into what lights they pick for a job and with so many diffusion sources in the marketplace, it can be difficult to decide on exactly which ones will be needed for a particular shot. To start off Diffusion 101, here is what to consider before you light your subject:

These are just a few of the questions that need to be asked when using diffusion and it can quickly get confusing. This guide has a varied selection of diffusion that covers many different looks and feels. Types of diffusion that were left out include: tough spun, colored gels, and overhead materials like nets and silks. This list, though obviously not comprehensive, will give you a good understanding of what each diffusion will bring to the table when it comes time to shoot.

The diffusion used includes gels from Rosco and fabric from TRP. They are arranged in order of lightest to heaviest: For these shots, the above subject is lit by a 1K fresnel, fully flooded at a 45 degree angle and 6 feet away from the subject. A 4×4 gel frame was also positioned in front of the light. When using this guide, keep in mind that light placement, diffusion placement and light application will change the results you will get in your situation and should be taken into consideration. One of the lightest forms of diffusion, Hampshire Frost is used to very slightly soften the edges of the beam of light while still retaining the shape of the beam. 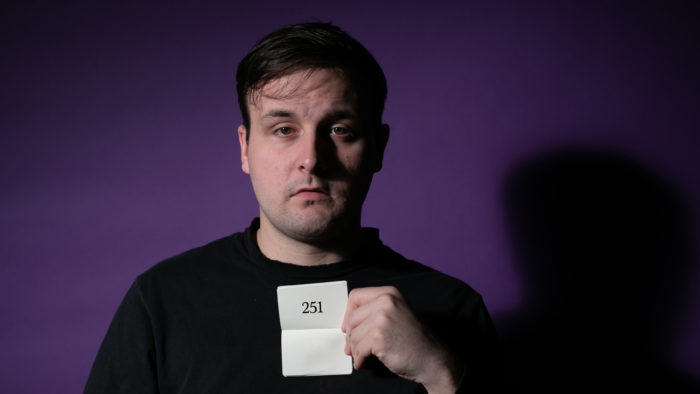 ¼ White Diffusion, also known as 251, is a white diffusion. While it cuts light similarly to a Hampshire frost, it spreads and softens the light more. Notice the ambient light on the backdrop. 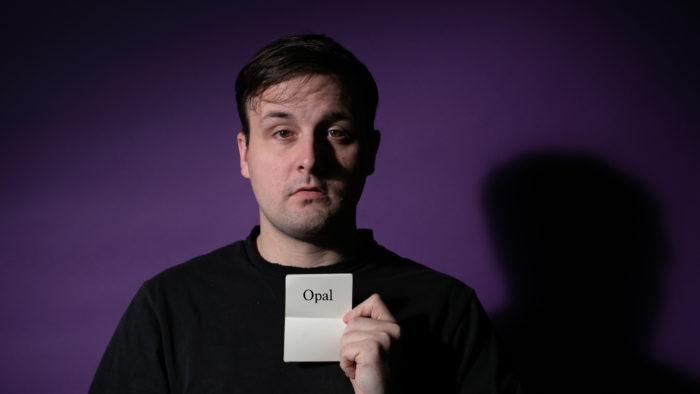 Opal Frost, like all members of the frost family, softens light while maintaining beam shape. Notice again how well defined, yet soft-edged the shadow can be seen. It cuts about twice the amount of light as Hampshire frost, about ½ of a stop. Grid cloth introduces a slight diffusion effect while keeping shadow shape and definition. Since it is a cloth, you can drape and hang it in unique ways compared to other diffusion materials. ¼ Grid Cloth is the lightest of the grids, cutting light by about ¾ of a stop. ½ White Diffusion, also known as 250, softens and significantly spreads light out. Notice how the background behind the subject is almost completely lit. Also, notice how it wraps slightly around the face and eliminates some of the shadow from his nose on his cheek. 250 cuts twice the amount of light as 251. Frosts soften shadows and again, ½ Soft Frost is no different. While it spreads and diffuses more than the other frosts do, it still maintains much of the shape of the shadow behind the subject. Light loss is at about 1½ stops. Full White Diffusion significantly spreads and softens light and, because of its high opacity, is one of the first types of diffusion on the list that truly becomes the source when lit. Because of this, the spread on the wall and the amount of light wrap is much higher than other diffusion. Light loss clocks at about 1½ stops. ½ Grid Cloth is the middle density version of the grid cloth. While it still maintains decent shadow distinction and directionality, it does significantly spread and wrap light akin to 216. ½ Grid is mainly used for overhead applications because of its weather resistance and durability. Light loss is about 2 stops. While primarily used as a soft bounce, Bleached Muslin is also a highly useful diffusion with a very strong diffusion effect and large amounts of wrapping and spreading of light. Notice how distinct the shadows are when it is used as well. Light loss is about 2 stops. Magic Cloth™ is a proprietary fabric made by The Rag Place. It is highly opaque and creates a very soft light that wraps around the subject to a very high degree. Like the other opaque fabrics on the list, Magic Cloth becomes the new source when lit and is very useful for combining multiple lights or lighting diodes into one source. Light loss is about 2.5 stops.

Luke keeps busy at work fixing equipment and packing trucks. In his free time, he scuba dives in the Delaware River, looking for sunken treasure.